What are Hooked Rugs?

Rug hooking has been around for hundreds of years, some historians believe the art originated in China while others believe the first designs were floor mats in Yorkshire, England. The craft of hooked rugs consists of pulling loops of yarn or fabric through a woven base, like burlap or linen. The craftspeople will use a hook, similar to a crochet-hook, and will pull loops through the base creating beautiful and intricate designs.

In the mid 1800, hooked rugs became more popular in the United States. Many families could not afford the rugs that were made in Europe, so the women of this period would use rags and other scrap fabrics to create hooked rugs. The women would use a burlap backing from the sacks of livestock feed.

As time passed, rug hooking became more popular and by the 1940’s it was a well-loved hobby in the United States.

With a lot of rugs, we recommend to routinely vacuum as general maintenance, however, hooked rugs should not undergo vigorous vacuum cleaning and you should never use a brush attachment. To clean we suggest using a gentle, hand-held vacuum or the floor attachment with cheesecloth over the opening. These methods will reduce the suction power and will prolong the life of your rug.

To clean spills, first, blot the stain with a dry, clean white cloth. Then spot clean with suds of Woolite and a soft scrubbing brush (like a baby brush), avoid saturating the rug. You should never fully emerge a hooked rug into water. This will cause the backing to become saturated and the wool pile will prevent it from drying. This will lead to rotting. You should also never use harsh detergents or any chemicals on the rug. These will destroy the fibers and ruin the rug. 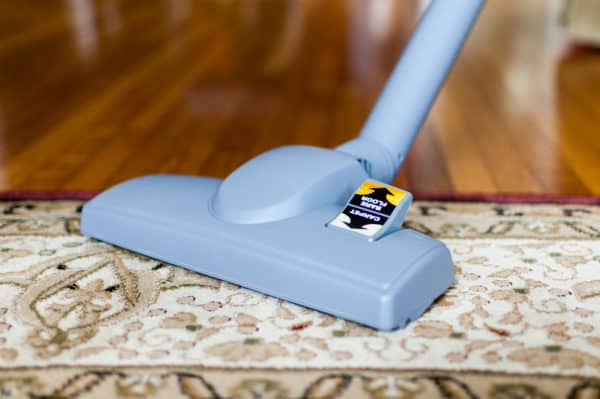 Vacuuming hooked rugs on a weekly, or biweekly basis is a great way to remove dust and dirt and prolong the life of the rug. Before vacuuming, check the rug for any picked or snagged yarns – vacuuming over these will worsen the problem. To fix the snag, just pull the unhooked yarn back through the backing and re-hook it. 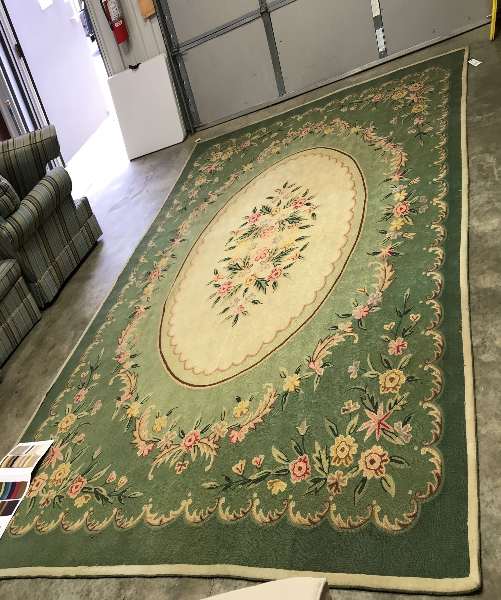 When storing a hooked rug it’s important to never fold the rug, instead lightly roll the rug with the backing on the inside to prevent any strains to the foundation. You should also never wrap the rug in plastic or any other restrictive casings. If the rug is wrapped and moisture is present, mold can potentially grow on and inside the rug. To prevent and other damages, store the rug in a dry area with moderate temperatures (not in the attic).

Hooked rugs can provide a beautiful accent to a home with traditional and contemporary designs and lavish colors. Many homeowners choose to hang or frame the rugs to preserve and showcase the piece of art. When hanging a hooked rug, the owner should hand sew a cotton or linen sleeve to the backing of the rug. Next, a wooden dowel should be inserted through the sleeve, the hung from the dowel. If the hooked rug is framed, a museum quality frame should be used and if under glass, the back of the frame should be permeable to allow airflow to dry any moisture.

At Pettyjohn’s Cleaning & Restoration, we have the necessary equipment to properly clean all kinds of rugs. We understand that each piece has its own level of durability so we perform the necessary methods to preserve the rug’s form and appearance. To ensure we are cleaning your rugs completely and to the highest standard, we will pick up your rugs and bring them back to our special facility. By cleaning your rugs in our Raleigh facility, we can treat the fibers as needed, clean both sides of the rug, and use a controlled drying method. We are your trusted rug cleaner in Raleigh, Wake Forest, and surrounding areas, call today and schedule your next rug cleaning!